The occupation is destroying Israel

A public debate about the occupation turned ugly after one of the panelists accused a serving soldier in the Israeli army of lying about the mistreatment of Palestinians that he claimed to have witnessed.

The soldier, along with a retired colleague, said he had seen Palestinians treated roughly by some members of the armed forces – an accusation, hotly disputed by Dani Dayan, former chair of the settlers’ Yesha Council, who demanded that he provide specific examples and branded him a liar.

The debate on the motion: “The occupation is destroying Israel” pitted Dayan against Uri Zaki – a member of the left-wing Meretz party and former director of the Israeli human rights group B’Tselem in the US.

Zaki called the occupation “the biggest, most imminent threat to the state of Israel as a democratic Jewish homeland” and said it was fuelling anti-Israeli sentiments across the region and turning the country into a pariah state.

The debate – which ended in a tie – came just a week after Binyamin Netanyahu formed a new government, widely expected to authorise further settlement building in the West Bank, despite long-term international opposition.

Dani Dayan, who endorsed Netanyahu in the elections, insisted that leaving the West Bank would be “suicidal” and that the settlers’ presence was founded on “legal, moral and historic ground”.

The alternative, he added, was an existential threat from territory, “stretching from Islamabad and Kabul to Tel Aviv.” But he said that conditions for Palestinians should be improved and held out the prospect of fresh talks to address their concerns.

The debate is part of a regional series called The New Arab Debates (NAD), supported by the Norwegian Foreign Ministry . It will be broadcast by Germany’s international TV channel DW on May 20th and 21st, along with its global network of partners. 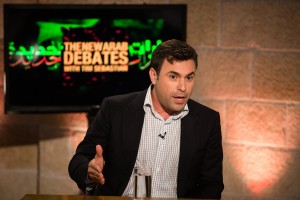 Uri ZakiHuman rights activist and member of the Meretz partyMore... 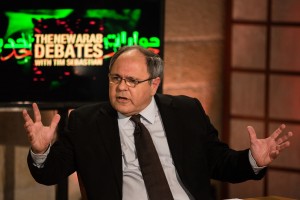 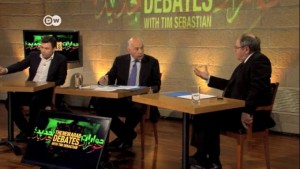 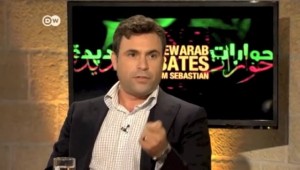 Motion is “opposed to the truth”