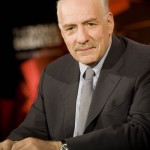 Tim is the founder and chairman of The Doha Debates and the New Arab Debates. He was previously a BBC foreign correspondent, based in Warsaw, Moscow and Washington, and has reported for  BBC Television from more than 25 countries over a 30-year period. He is perhaps best known for being the first host of the BBC‘s flagship interview programme Hardtalk – for which he was twice named Interviewer of the Year by the Royal Television Society. Sebastian has also won the Society’s Television Journalist of the Year award, as well as a British Academy award for contributions to factual television. He holds a BA in modern languages from Oxford University and is the author of eight novels and two non-fiction titles. 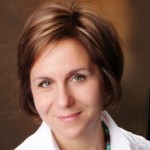 Rana is a Jordanian journalist and media trainer with 28 years of experience in print journalism throughout the region. She is executive director for the Amman-based Arab Reporters for Investigative Journalism, the region’s leading media support network promoting in-depth reporting in nine Arab states. Rana has worked as chief editor of the Jordan Times, as a correspondent for Reuters International News Agency, helped establish Jordan’s newest newspaper, Al-Ghad and is the Jordan correspondent for The Times (of London). Rana serves as an active member of various civil society and media advocacy groups, including, the International Women Forum and sits on the jury committee for several international media prizes.

The New Arab Debates are a production of the International Talk Network Ltd, a registered company in the UK. ITNL, run by Tim Sebastian, specialises in televised debates, interviews and media workshops. It is committed to promoting free speech, dialogue and accountability.